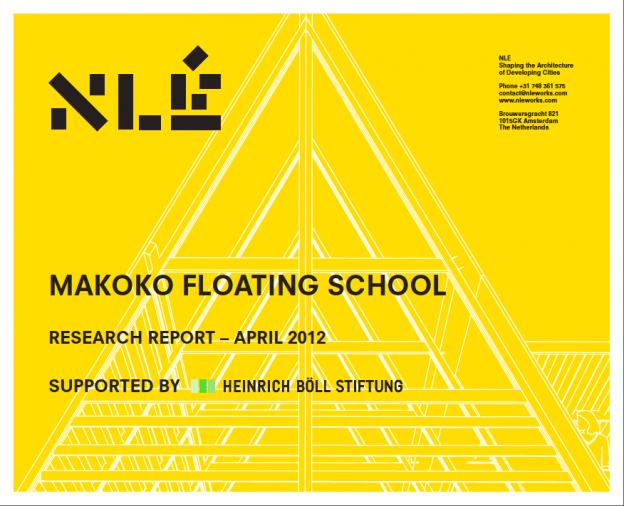 At the turn of the millennium more people are living in cities than in rural areas; according to the prediction of UN Habitat about 60% of the world’s population will live in cities in 2030, with about 20 to 30 meta- and mega cities. Although the real number of its inhabitants is not known, Lagos – or the Center of Excellence as it is called officially – with a minimum of currently 15m inhabitants is one of the fastest growing Mega cities in the world. It is predicted to be the second largest city in the world after Tokyo in 2030 with an estimated population of 23m inhabitants. The city offers hope for survival, income generation, employment and personal success not only to Nigerians from all over the country but also to Africans from the West African region. Like every other city located at the sea, Lagos is seriously threatened by constant coastal erosion and increasing rainfalls which regularly flood the densely populated areas lying below sea level. When the water rises, the houses do not offer any shelter to hide, leading to loss of properties and lives. A warning to the millions of inhabitants to simply move away from the endangered zones – as it was issued by the Lagos State Government – cannot be the only answer to the problem.

The Heinrich Boell Stiftung and its partner organisation NLE www.nleworks.com, led by the Nigerian architect Kunle Adeyemi, rather believe that people will cope better with the risks of erosion and flooding if they incorporate the water into their daily life instead of trying to dominate it. Just as the informal fishing community “Makoko”, located in the lagoon waters of Lagos, has been doing it for over hundred years: It is a community without any government support or infrastructure, the traditional authorities are responsible for the social organisation of the over 100,000 members. They live in wooden houses on stilt, transportation is by canoe only.

Makoko has challenges, yet its inhabitants have found solutions to the problems of overpriced land, the housing shortage and frequent flooding – creating opportunities for agriculture, industry and trade. Such, the city of Lagos can learn from Makoko’s models of urbanisation, living and resourcefulness.

The aim of NLE is to develop an improved type of architecture and urbanism for water settlements in African coastal cities – starting with Makoko. It will start with the small step of building a prototype of a Floating School. A ‘floating’ building simultaneously addresses different issues including flooding, land occupation, and foundation construction. The energy supply is based on renewable energy technology, the currently inexisting sewage system would rely on compost toilets. The school is to serve the urgent needs of educating children in the community. The prototype floating building will be modular, flexible and adaptable for other building typologies: homes, community centres, playgrounds – to gradually cultivate an improved quality of architecture, urbanism and living on water.