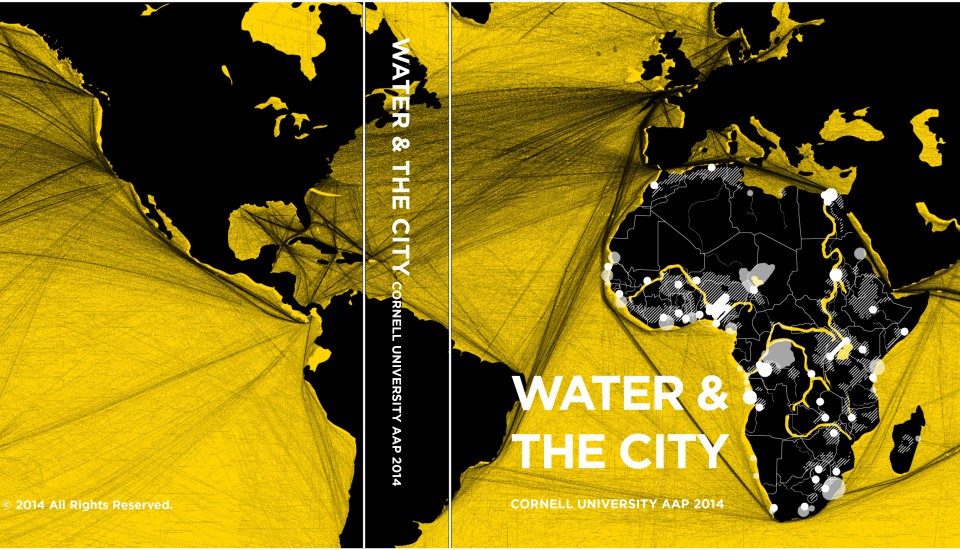 According to U.N. estimates, the population of Africa will double by 2050, growing at a rate that will quickly surpass the population of China and rival Asia as the world’s most populous continent by 2100. With this explosive growth, African communities and cities are expanding rapidly and aggressively into unchartered territories. Africa’s population surge coupled with the impacts of climate change – sea level rise, heavy rainfall, and flooding – frames one of the most significant and urgent contemporary global challenges.
In 2011, NLÉ initiated the African Water Cities Project (AWC)1: a research and
documentation project that explores the impacts of urbanization, housing shortages, lack of resources and climate change on African cities and communities situated in or along water. NLÉ conducted initial macro scale investigations of economic and population growth, revealing that the fastest growing African cities are also the most vulnerable to climate change. These cities are home to the largest groups of poor informal settlements, in which several have begun to show evidence of adaptation to climate change. The AWC Project responds to these issues by looking at cities and settlements that face these contemporary challenges by learning from existing strategies and inventing new adaptive modes of building.
A ranking of the ‘Top 20 Potential African Water Cities’ was produced and the body and interest of the research has continued to grow, adding cities such as Cairo, Lagos, Luanda, Abidjan, Cape Town and Dar es Salaam. Simultaneously, smaller water communities such as Nzulenzu, Ghana, Ganvie, Benin, and Makoko in Lagos, Nigeria serve as examples of inventive water based strategies for living. ‘Water and the City’ will build upon AWC and explore the convergence of rapid urbanization and climate change in several African cities and communities, with the aim of understanding the social, economic, infrastructural and environmental challenges and opportunities that shape the development of the city and its surrounding settlements. The collected regional intelligence will serve as a foundation, from which the studio will focus on a selected local context. The studio will investigate a specific city (Dar es Salaam, Tanzania) and its edge conditions in order to understand its transformation and potential adaptation as a ‘Water City.’ The overarching aim is to identify and bridge critical gaps in infrastructure that inhibit healthy development. Questions to guide this exploration: