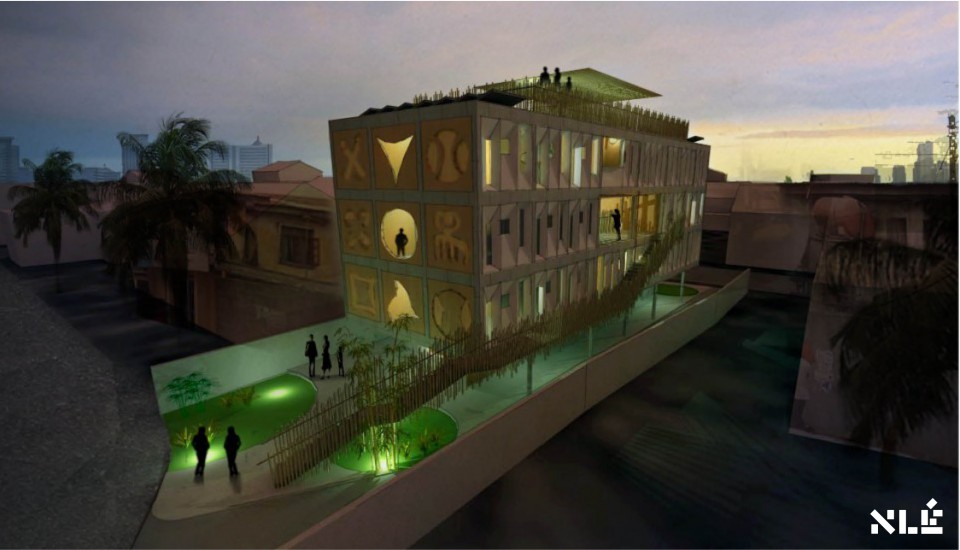 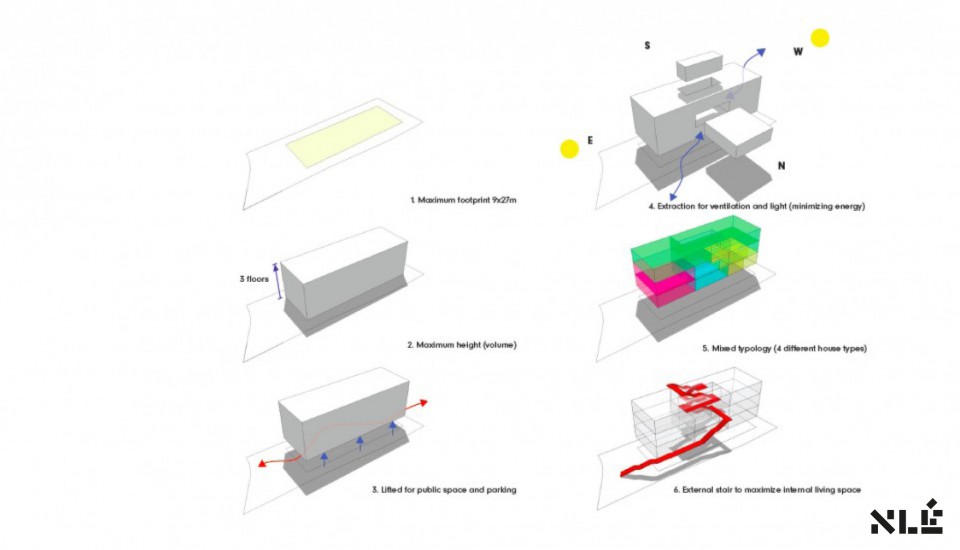 ‘Yaba’ is an NLÉ building prototype for regenerating dilapidated and under-utilised single-plot parcels of land scattered in growing city centers such as Yaba, Palmgrove and Surulere of Lagos, Nigeria.

With the growing need for housing in rapidly urbanising cities, the pressure to densify the city centres is increasing. Yaba building prototype is an efficiently planned, economical, self-sufficient, variable-density housing block, aimed to quickly unlock capital and get value from hidden assets. Each block contains a modular mixture of 1, 2 and 3 bedroom apartments. The design is such that the 1 bedroom unit can be easily connected to the 2 bedroom to create a 3 bedroom apartment. This gives developers the flexibility to respond to the growing and variable market of the low to middle income population. Furthermore, the building block can be adapted for offices, recreational, institutional and other uses.