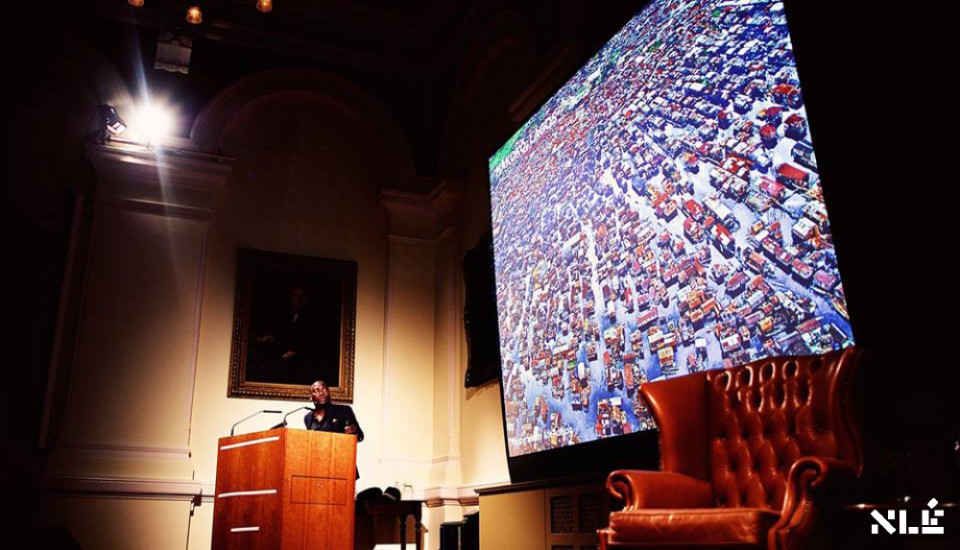 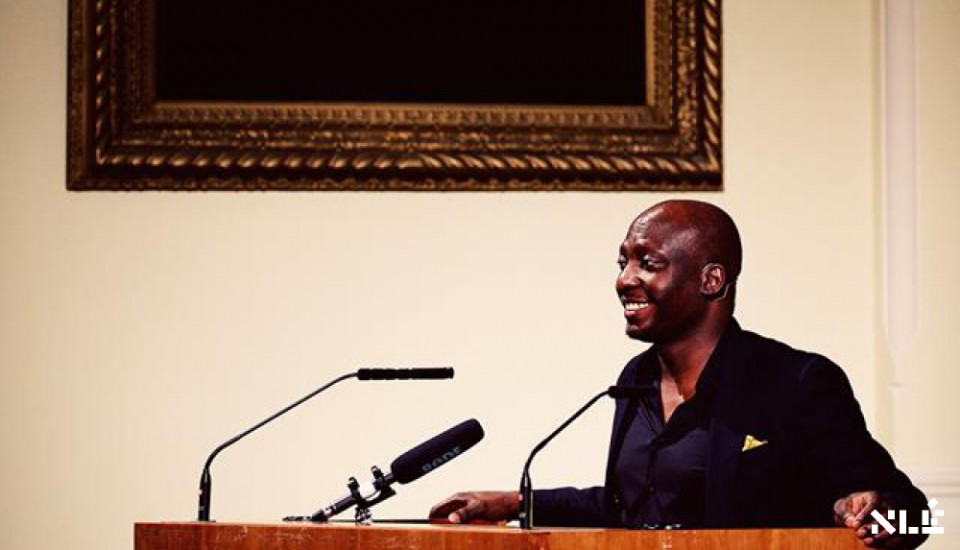 ‘Our fourth speaker in the NEWNOWNEXT series this year is an architect, urbanist and designer. Kunlé Adayemi’s talk will look at the growing relationship between water and cities, in the age of urbanization and climate change. Adayemi will present NLÉ’s research and projects that begin to address the challenges and opportunities.

Kunlé’s recent work includes ‘Makoko Floating School’, an innovative, prototype, floating structure located on the lagoon heart of Nigeria’s largest city, Lagos. This acclaimed project is part of an extensive research project – ‘African Water Cities’ – being developed by NLÉ, an architecture, design, and urbanism practice founded by Adeyemi in 2010 with a focus on developing cities. NLÉ is currently developing a number of urban, research and architectural projects in Africa; one of which is Chicoco Radio Media Center; the amphibious building in Delta city of Port Harcourt in Nigeria.

Born and raised in Nigeria, Adeyemi studied architecture at the University of Lagos where he began his early practice, before joining Office for Metropolitan Architecture (OMA) in 2002. At OMA he led the design, development and execution of several large prestigious projects in Europe, Asia, Africa and the Middle East. These include the Shenzhen Stock Exchange tower in China, the Qatar National Library in Doha and Prada Transformer in Seoul.

Adeyemi is currently one of 5 members of the International Advisory Council for the World Design Capital 2014, a Fellow of the World Technology Network, and an international speaker, lecturer and the Baird Visiting Critic at Cornell University, Ithaca, New York.

The talk will be chaired by Yeoryia Manolopoulou. Manolopoulou is an architect, educator and researcher. She is founder of the studio AY Architects and Director of Research at the Bartlett School of Architecture, UCL, where she teaches postgraduate design in Unit 17. AY Architects were mid-listed for the Stirling Prize, awarded a RIBA National Award and won the Stephen Lawrence Prize for their Montpelier Community Nursery in 2013. Yeoryia is also the author of Architectures of Chance (Ashgate, 2013) and was shortlisted for the AJ Emerging Woman Architect of the Year Award in 2014.’