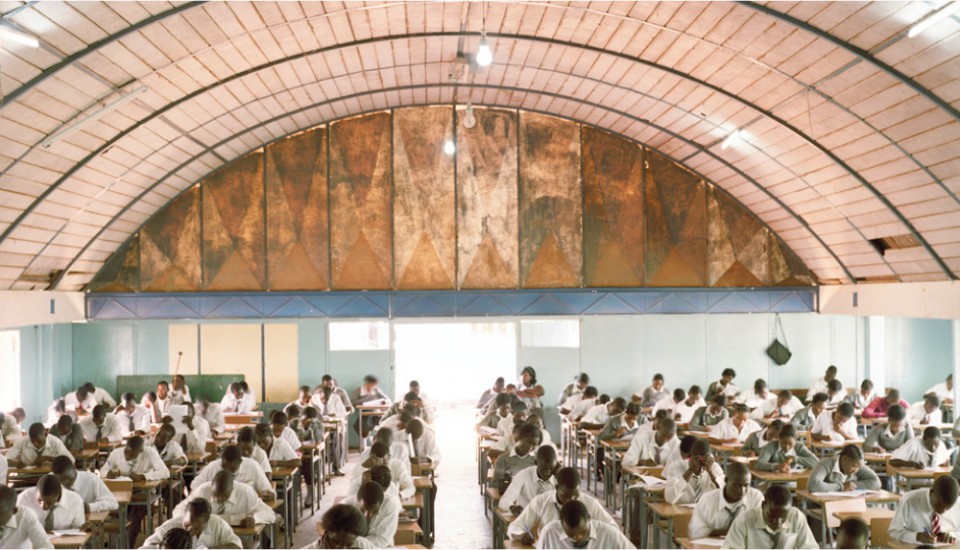 Bold lines of modernist architecture and urban planning endure in contemporary African landscapes. From 1940s to 1970s, material and aesthetic forms of colonial and national development were laid down in a proliferation of schools, universities, laboratories, hospitals, public housing and government buildings; and in new urban designs, along the roads, pipes, drains and ditches of expanded transport and sanitary infrastructures.

Traces of the modernist dream have in many places been erased or worn down by decay, in others restored or renewed. They stand as ambivalent temporal signals, pointing forward but also to promises of progress that appear blocked, utopic or obsolete, or which must instead be preserved and reactivated. In the past decade, this older strata of the landscape has, across Africa, been modulated by a renewed wave of construction and design and its aesthetic of promise that is seductive but also illusory even obscene.

Our workshop will discuss this heterogeneous legacy – of monumental public buildings and minor functional constructions, of iconic academic architecture and invisible infrastructures and plans – intertwining past, present and future – promise, decay and resurrection. Looking both at the origins and visions of past building and planning, and the contemporary use and effect of edifices, ruins and remains, and combining perspectives from anthropology, architectural history and history of science, we pursue the double aim of shedding light on Africa’s global architectural past, and enhancing our understanding of contemporary Africa’s architectural and temporal palimpsest.

The symposium is collaboration between Department of Anthropology at the University of Oslo, and The National Museum of Art, Architecture and Design, curator and producer of the exhibition “Forms of Freedom. African Independence and Nordic Models”, the Nordic contribution to the Architecture Biennale in Venice 2014.

The exhibition focuses on Nordic architects working in Tanzania, Kenya, and Zambia in the 1960 and 70ss. The liberation of these East African countries coincided with the founding of state development aid in the Nordic countries, where there was widespread belief that the social democratic model could be exported, translated, and used for nation-building, modernization and welfare in Africa. During a few intense years in the 60s and 70s, Nordic architects contributed to the rapid process of modernization in this part of Africa.

In collaboration with Department of Anthropology, University of Oslo. With Antoni Folkers, Kunlé Adeyemi et.al.