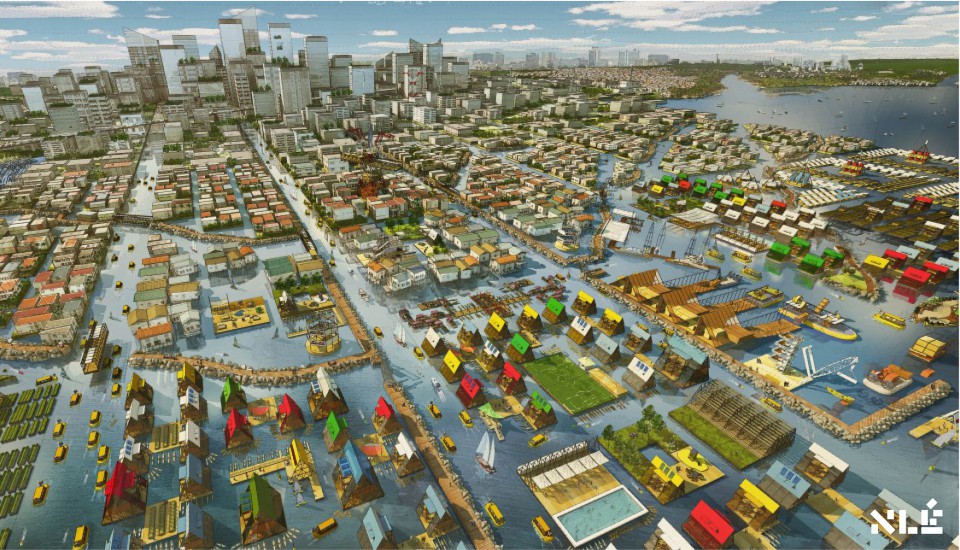 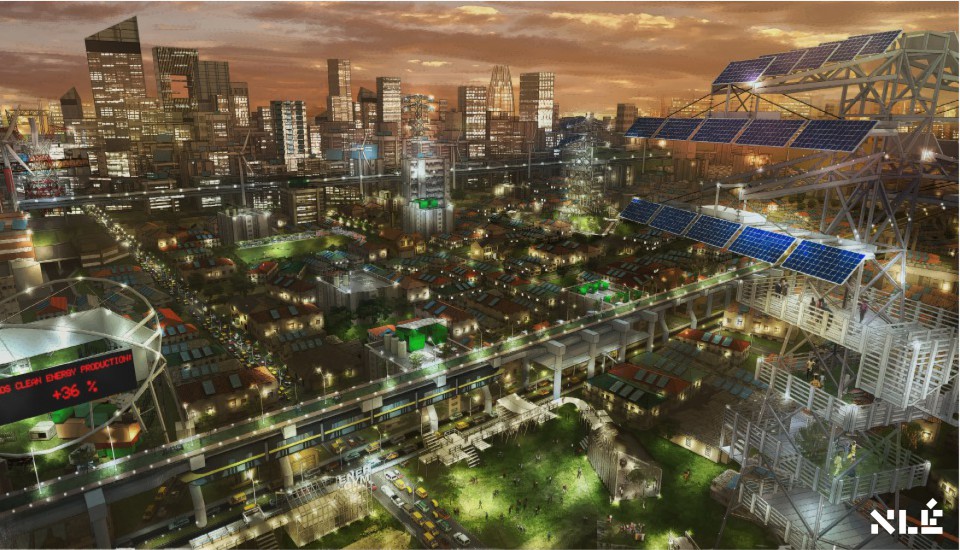 Nigeria, Africa’s largest economy and most populous country, is inhabited by over 170 million people. Lagos, its commercial capital, is home to about 20 million people, many of whom live in unplanned settlements with little formal infrastructure. Lagos is a paradigmatic mix of traditions, a place where history, culture, and popular wisdom interweave local knowledge and global awareness.

Challenges remain common for all Lagosians, regardless of social or economic status. While oil is cheap, the state energy network is only reliable for three hours per day. Most homes and businesses depend on generators for electricity. Nearly 30 percent of Lagos state is covered by water, yet water is highly underutilized and inadequately handled by the city’s infrastructure. A poorly connected public transportation system boosts SUV use among middle and upper classes, while mini-transport vehicles like okadas (motorcyles) or danfos (vans) proliferate among lower-income Lagosians. Urban growth is so rapid that strategies devised by authorities and city planners become obsolete before implementation. Most citizens have to set up their own businesses, often in semi-illegal conditions.

To bridge physical and socioeconomic gaps, we examine three challenges — energy, water, and transportation—and rethink them as opportunities through infrastructures, prototypes, and local collective intelligence. We propose two representational tools: a map that echoes Lagos’s complex reality, and a catalogue of local inventions, situations, and players. Using these two tools, we propose prototypes to enrich the city fabric and three depictions of a future reality in which the day-to-day skills of “informal” bottom-up initiatives merge with “formal” top-down plans.