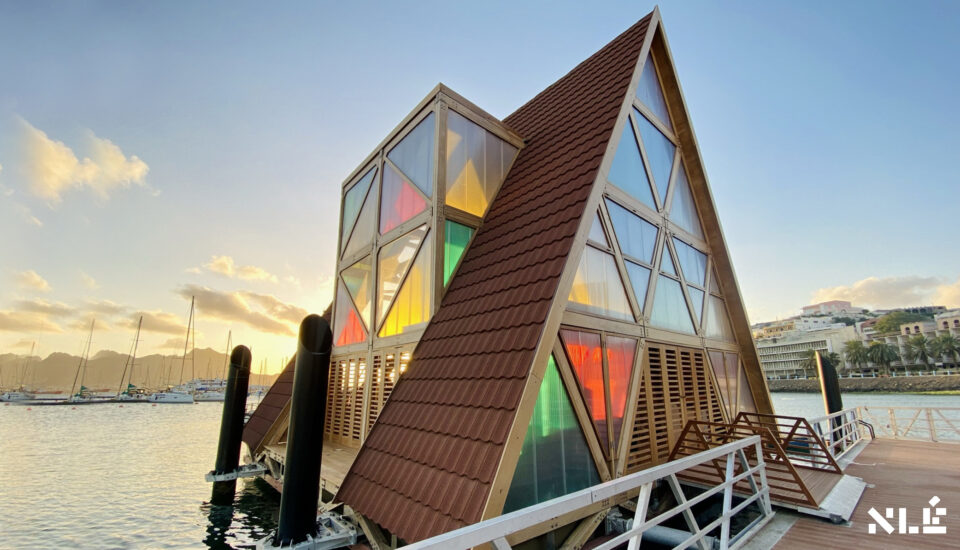 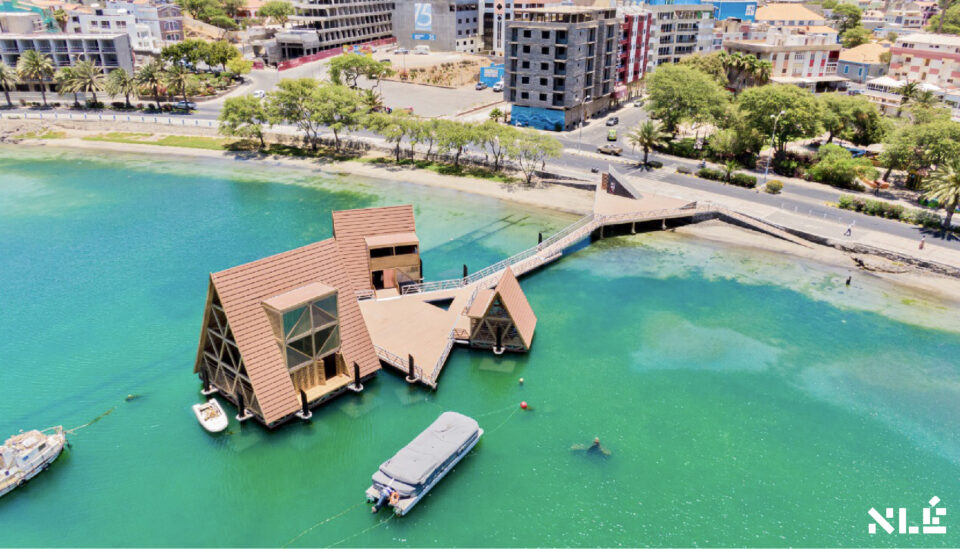 Floating Music Hub, Mindelo (MFS™IV) / Mansa Floating Hub, is a cultural and creative platform located in the beautiful bay of Mindelo, in the island of São Vicente, Cape Verde, West Africa. The platform is based on NLÉ’s innovative floating building solution called Makoko Floating System (MFS™)–a simple way to build on water-using lightweight, prefabricated, modular timber elements that can be assembled and disassembled easily. Mansa Floating Hub is conceived as a vessel of return, to promote music, dance, art, fashion and other creative industries in Africa and the African diaspora. The three floating vessels, consisting of a multipurpose live performance hall (in the large vessel), a state of the art recording studio (in the medium vessel) and a food & beverage bar (in the small vessel) form a communal cluster around an isolated triangular floating plaza, creating an open space for small to medium sized gatherings. The significance of music in Cape Verde, its rich cultural history and its diverse natural environment inspire this social and economic development strategy for Cape Verde, by ADS Group–Africa DevelopmentSolutions in partnership with NLÉ / Water Cities Development.

Completed in August 2021, this also marked another milestone in NLÉ’s African Water Cities project and its first creation of the international award-wining Makoko Floating School in Lagos, Nigeria in 2013. Makoko Floating School evolved into Makoko Floating System (MFS™), and has since been built in five countries across three continents-demonstrating its potential for diverse regional adaptation and wide range of uses such as housing, healthcare, education, culture and hospitality. And for the first time, having been built in a variety of water bodies including lakes and a lagoon, MFS™is now built in the Atlantic Ocean-a new territory–marking the return of Makoko Floating System to the African continent from the diaspora.